Leave a comment Posted by Frances Baum Nicholson on August 25, 2013 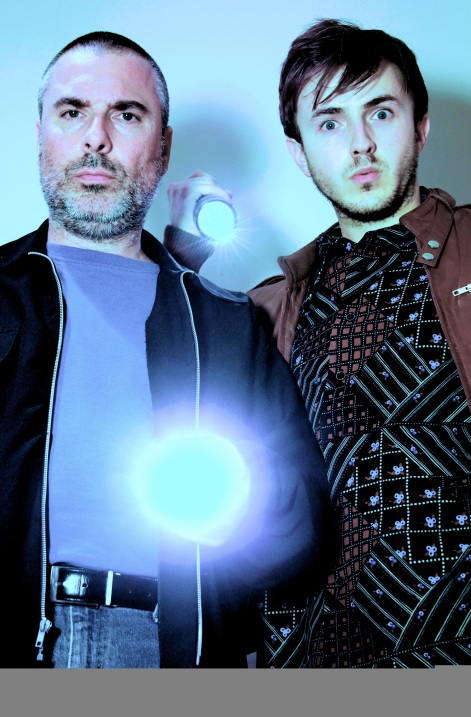 John J. Malone and Jack David Frank as a father and son with a disturbing discovery in “Auto Parts”

In watching “Auto Parts,” Steve Stajich’s fascinating project at the Fremont Centre Theatre in South Pasadena, one of those very fascinations comes from realizing how different a story can be, depending on the order in which it is told. In this case, a dramatic tale comes in four parts. The audience chooses, before the show begins, the order in which the parts will play. And the order makes all the difference to the assumptions an audience makes as the play unfolds.

Essentially, this is the story four duos – four sets of two people in and around an imaginary car. How they interrelate, even the importance of the car, can vary depending on the order in which the parts are assembled. The parts are also interesting mini-portraits of human interaction, regardless of the order.

In one segment, John J. Malone and Jack David Frank are a father and son debating their own ethics when they come across something they should probably report to the police. But do they want that kind of attention? In another, Frank Noon plays a wistful man who just may have fallen for Angela Stern, as the hooker he has a regular tryst with. A third has Deanna Watkins is a tough detective joined on a stakeout by a partner, Ben Sharples, who is failing at balancing his life and career. Frank Noon appears again in the fourth possible segment, as a man desperate to leave a wife, Kate Kelly, equally desperate to keep him home.

All the performers create richly memorable characters which will cling to you even once the show ends. Also, to some extent anyway, each vignette can stand on its own. Yet, put together in any particular order, the 70 minute show (which plays without intermission) makes something unique and even stronger. Different shoes will drop depending on what happens after what.

Interestingly, the entire idea came to Stajich, who also directs, when a prop “car” made up of a sawhorse and a steering wheel was returned to him much enhanced, after being lent to a Malibu theater. He began thinking what kind of story he could tell which would be held together by this vague impression of vehicle. It works. With this one prop to tie the tales together, we get to focus on the small conversations of life which can make something much bigger than we know.

To say much more is to let so many potential cats out of the bag. In sum, four conversations in and around a car create a drama which proves both intriguing and compelling. And you should go see this unfold. Perhaps you should go more than once, to see how the changes in order changes your experience. One note of caution: the tale is adult enough to make bringing children unwise.

On the other hand, adults should take advantage of something so comparatively unique, when it comes as well formed as “Auto Parts.”